Development of technologies and cartographic interpretations of GIS 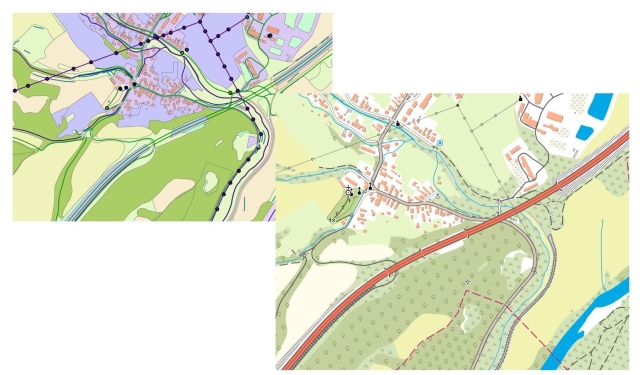 In 2012, a new cartographic model for the 1: 10 000 scale was preliminarily approved. It includes the new list of map symbols and new layout of map sheets. The list of map symbols is based on the original ZM10 structure and is enriched with new symbols of ZBGIS® objects that were not included in the original maps (e.g.: a railway barrier, radar ...). At the same time, obsolete symbols have been deleted (e.g.: an industrial plant building without a factory chimney ...).

The layout of map sheets is based on the rectangular layout of ŠMO 5000. A map sheet for the 1: 10 000 scale with a reference frame of 5 km x 4 km is created by merging of four map sheets. This creates 2636 map sheets, of which 171 are double sheets. The nomenclature consists of the name of the most important municipality within one triangulation sheet + square number. The numbering is from 1 (upper left corner) to 25 (lower right corner) e.g.: Brezno 14. Updating and creating new map series will depend on updating the vector base (ZBGIS® objects). 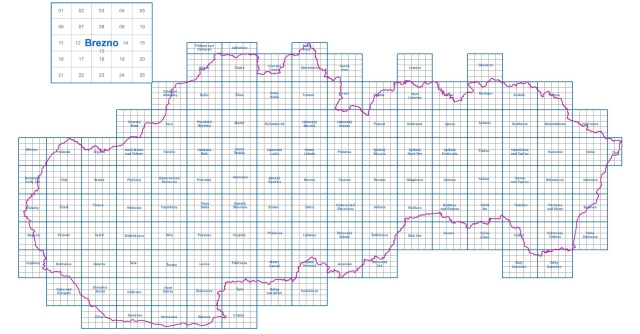 Data generalization - the settlement feature classes are updated for 1: 25 000 and 1: 50 000 scales, from which the other scales are derived. The update of generalized settlements was created by selecting feature classes that met the positional conditions for selection. An input layer was created and, using generalization tools and subsequent manual editing, the generalized settlements for the 1: 25 000 and 1: 50 000 scales were updated.