An optimized version of the page for the visually impaired or specialized or older browsers is displayed.

Until 2010, the Geodetic and Cartographic Institute Bratislava (GKU) dealt mainly with the creation and maintenance of the State Map Series (SMS). In the past the processing of SMS was provided by:

The implementation of OPIS project began to address the issue of using digital cartography for creating the SMS and web services from ZBGIS® data.
Digital Cartography is a process of displaying spatial data by using sophisticated tools to generate digital maps with readable content. The picture below shows the difference in the perception of spatial data representation of road network which has been cartographically processed. 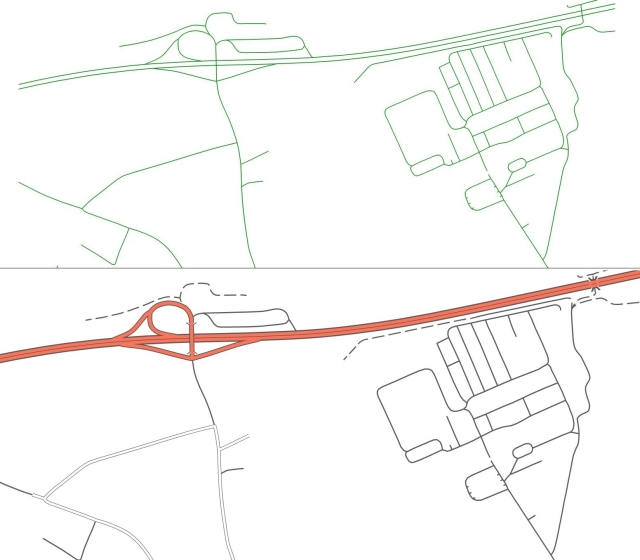 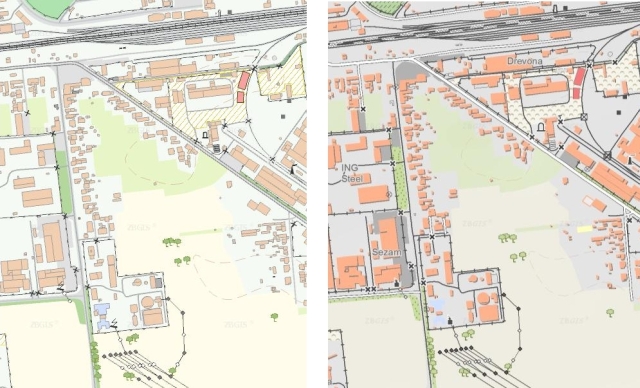